Abu Road is the largest city and an important financial hub in Sirohi District of the Indian state of Rajasthan. Located about 27 kilometers southeast of Mount Abu, Abu Road day trips are very popular among tourists who are vacationing in Mount Abu. Situated near the famous Banas River, Abu Road is at an elevation of 863 feet.

During the year 1845, the road to Mount Abu was constructed under the leadership of Maharao Shiv Singh of Sirohi. Earlier known as Kharadi, Abu Road got its name when the Rajputana Malwa Railway built a railway station over here in 1880 and named it Abu Road.

Since this city is located just 27 kilometers from the famous hill station Mount Abu, it is very popular among tourists and locals for day trips or short weekend getaways. There are many tourist spots in Abu Road that one must definitely visit. Some popular tourist attractions near Abu Road include Brahma Kumari Ashram, Bhadrakali Temple, Ganesh Mandir and Chandravati Temple.

Abu Road city enjoys all kinds of weather – summers, monsoons and winters. The temperature during summer months usually ranges between 30 and 40 degree Celsius while winters can be chilly with temperature between 7 and 14 degree Celsius. The best time to visit Abu Road is between the months of February and June and October and December.

How to Reach Abu Road 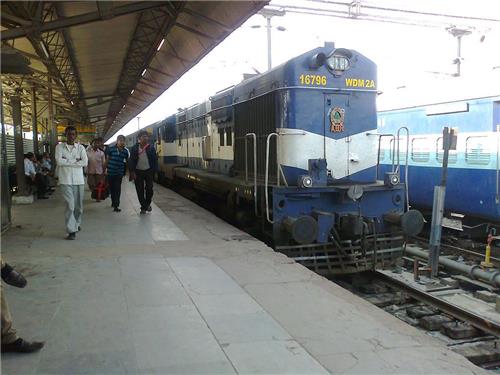 Abu Road is known for its railway station, which is an important stop on the Delhi - Ahmedabad railway line. In 1874, when the Rajputana Malwa Railway started the Delhi - Bandikui line, it extended this railway line to Ajmer in 1875 and further, to Ahmedabad in 1881. Abu Road is connected to all the major cities of India via this railway station including Delhi, Mumbai, Kanpur, Pune, Jodhpur, Ajmer, Chandigarh, Jaipur, Bikaner and so on. Abu Road Railway Station is a railhead and an important access point to the Mount Abu and the famous pilgrimage center – Ambaji.