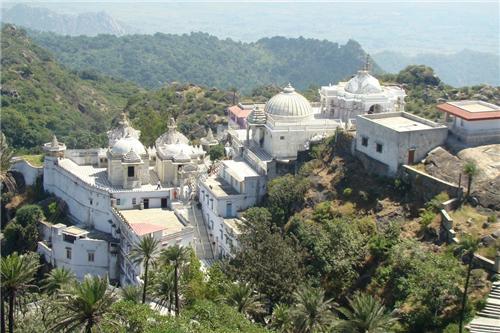 Also known as Achalgadh, Achalgarh is a huge 15th century fort located about 8 kms from the main Mount Abu town. This massive fort was commissioned by the great Rana Kumbha, who was a respectful designer and architect of his times. The fort was originally built by the Paramara rulers, but it was renovated, remodeled and beautified by Rana Kumbha in 1452 CE. The huge fort with large battlement walls on the Aravallis, is an awe in itself. While reaching the top, one has to walk their way up the winding steep roads to the peak. From there, tourists can enjoy an amazing view of the green valley and cool weather. A road runs within the fortified wall, which was used by horses and elephants during the historic days.

On the peak, there is the historically important Achaleshwar Mahadev Temple, which is considered to be an important Jain temple of Rajasthan. The temple is believed to be more than 2500 years old, with the great toe of Lord Shiva actually falling on the place. This 9th century temple has many myths surrounding itself and these folklore attract pilgrims from all parts of India. The main Mandir contains a natural Shivalinga (a Shivalinga is phallus shaped and is fixed to a base. The structure symbolizes the supreme creative energy. It is usually made of stone but can also be of wood, metal, crystal, and soapstone.) 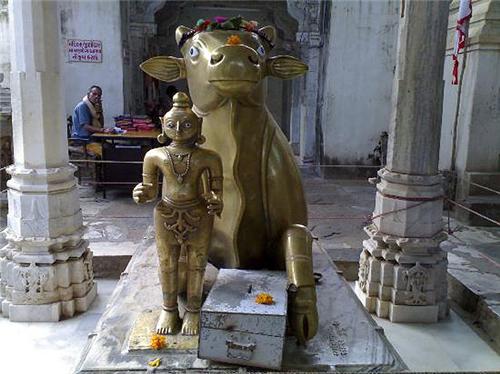 The main attraction of the temple is statue of Nandi ( Lord Shiva’s mythological cow), made of five different metals namely gold, silver, copper, brass and zinc. This statue is around 4 tonnes in weight and is worshiped by the devotees. The temple is an architectural masterpiece with fine filigree carvings on the walls. The entire temple is made up of even marble blocks, with ancient poems carved on them.

As per myth it is believed that this statue was created to stop the then Muslim invaders from entering this sacred land. This is said that millions of bumble bees would attack any Muslim who puts a foot over there. The then keepers of this sanctum camouflaged the temple by covering it will lime. This process led to deterioration of the temple’s eminence and with time this became a dull and insignificant structure. In 1979, the then Yuvraj of the Sirohi state by chance found out the intricate marble works of the temple and ordered for its restoration. The state artisans were given responsibility of the same, and it took years for the temple to return to its original glory.

Sculptures of the Devi Chamunda can be seen on the inside walls of the temple. They are now regularly worshipped by the priests of the temple. Many amazing sculptured idols are found scattered within the temple complex. They are made up of Sfatik, which is a crystal like opaque sparkling stone and glitter in candle light.

Within the fortress there also is the Dashavtaar Temple. This temple entrance is like a canopy with hundreds of sculptured statues, portraying various dance forms of the era. Both the temples of Achalgarh show the masterpieces and capabilities of the artisans of the bygone era.

There is the beautiful Mandakini Lake amidst the rocky hills which is a popular tourist spot. Many images of the Rajput rulers and animals are found drawn on the rocks surrounding the lake. Legend says that during ancient times, this lake was filled with pure ghee to stop the demons. Regular buses run between the Mount Abu town centre and Achalgarh Fort. Local cabs and private tour cars are available for a trip to the fort. Other than the fort, there is not much else in the area. Hence a day trip is advisable.