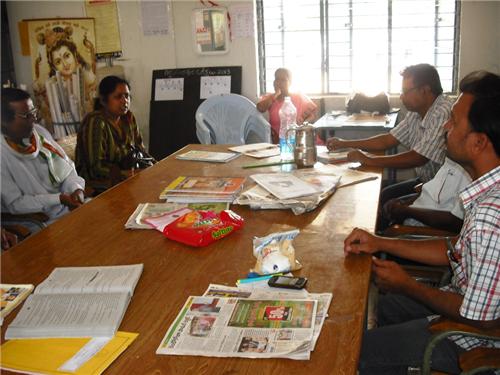 Mount Abu is the only hill station in the entire Rajasthan as well as north-west India. Situated at 1219m above sea level, the place welcomes all with its beautiful cool weather, amazing green dense forests, long winding roads and a huge collection of flora and fauna. The place falls under the Sirohi district of southern Rajasthan. Mount Abu is the highest peak of the Aravalli range and is about 58kms from Palanpur of Gujarat.

Mount Abu has modernised with time due to the tourism industry development and has got the status of a “Nagar”, thus having a Nagar Palika taking care of the day to day problems faced by the residents and visitors. Mount Abu has 23 villages which are under 5 Patwar Circles, all under one Tehsildar. The Tehsildar reports to the S.D.O. of the region, who in turn reports to the District Collector.

Apart from tourism, Mount Abu has not developed like Jodhpur or Jaipur and has many people still in the grasp of poverty. The Central Government of India has taken help of the Ministry of Rural Development and has implemented many poverty alleviation programs in the region. Funds from Ministry have been deployed for policy formulation, overall guidance, monitoring and evaluation of the rural development programs.

Few of the rural development programs taken up by the Zilla Parishad of the Sirohi district are:

This is a non profit organisation registered under the state government and is looking after the hotel industry of Mount Abu. Since its inception, the association is working relentlessly to develop the tourism sector, which in turn is helping the overall economy of the region. They are:

M.A.H.A launched its official website with the assistance of the Ministry of State along with the support of municipality and police department.

Mount Abu has the reputation of being one of the safest cities of India. This is because of the able police administration in the region to keep the crime rate to the minimum, making the place safe for locals and tourists. There is only one police station in Mount Abu which is under the Rajasthan Police Department. The department has set up a state centralized call centre, which is a one point contact for any problem faced by the common people.

Important Administrative Officers as of June 2014