Mount Abu and its Colourful Culture 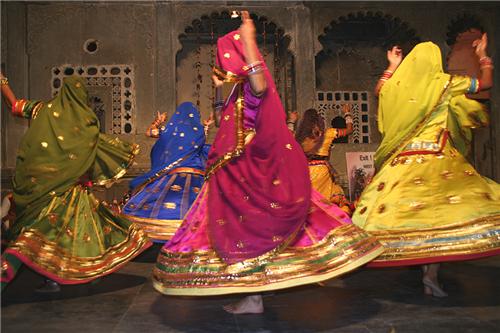 Mount Abu, the popular hill station of Rajasthan, is a great tourist destination. Situated on the hilly and dense forest clad Aravalli range, this hill station was almost untouched by foreign rulers. This is because of the difficult terrain and hence remained a myth in itself for long. In the ancient times the region was inhabited by the tribal clans, Nagas and the Bhillas. Till today Mount Abu has a tribal influence, which is reflected in their different traditional practises.

The region got its best architectural masterpieces in the time of the Solanki Dynasty. Till today tourists can treat their eyes with the exquisite artwork on the Dilwara Temple and few other beautiful Jain temples. With the Chauhan rule, Mount Abu had reached the epitome of glory. The historically famous Rajput rulers made this place the Summer Capital of Rajputana, which in turn also became the summer capital of the British Empire. Presently Mount Abu holds many beautiful British cottages and residential homes scattered across the region. Due to its varied cultural influence,

Mount Abu is the abode of people from Hindu, Jain and Christian religion. The Hindu influence is the strongest, as the region historically was mostly a part of the huge Rajputana rule. Even during British era, this region was leased out by the British from the Maharaja of Sirohi.

People of Mount Abu are still holding on to their rich Rajput culture, which are visible in their multi coloured traditional dresses and “Nagra” shoes. Regal and grand are the two best defining words of Nagra shoes. As history goes, these shoes were patronized by the Mughals and Rajasthan was the hub of this shoe making. Also known as “Juttis”, these are handcrafted traditional Indian flat shoes, which are immensely popular among the people of Mount Abu. These shoes are a must buy while visiting this hill station. 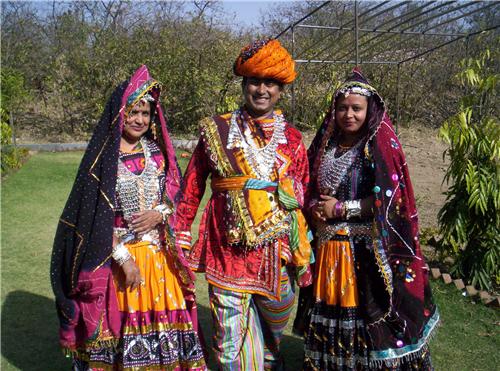 Traditional Attire of the People

The colourful culture of Mount Abu is also reflected in the traditional dresses of the region, which comprises of “Lahariyas” and “Chaniya Cholis.” While visiting one can still see the locals of the region clad in these heavily embroidered bright coloured lehengas. In general the locals are still holding on to their rich culture and urbanization has not impacted much on their society. The Rajasthani sand pot, the Marvadi Turban, the corn chapattis and local spicy curries does not miss visitor’s attention. Tourism is still the main industry in Mount Abu and the cycle of poverty is still prevalent. Education has not seeped in much within the community.

Folk music and dance are popular in the region. The music is simple and the songs tell us the day to day life of the locals. They focus most on the ways of fetching water from distant ponds, as Rajasthan in general is a desert clad zone. Dance forms like Ghoomar, Kalbeliya, Daph and Gair are still practiced generation wise and enchant spectators. Folk songs are a must learn in the culture of Mount Abu. These songs generally depict stories of historic heroic deeds and the popular majestic love stories. Many bhajans and banis are also sung by the locals.

Mount Abu is famous for its Summer Festival, attracting tourists from different parts of the World. During this festival season, the locals welcome visitors with their colorful folk music and classical dance forms. The tourism industry is at its boom during this time, with hotels and resorts giving amazing deals to attract tourists. Many fairs are being held at different parts of the hill station. The warmth of the local people along with their traditionally rich culture and the scenic beauty of the hill station, makes the stay memorable.