Visiting and cherishing Mount Abu within the otherwise dry arid region of Rajasthan must be exciting and in a sense romantic. Many have termed the hill station as Oasis in the infertile land of the Thar Desert giving the feel of a mesmerizing experience. The history and mythological association of Mount Abu has also been able to induce vibes of adventure to the tourists bound to its land.

However, amongst all other attractions that Mount Abu presents to the people, trekking through the jungle trails is the most exhilarating experience. To name a few of such trails will not suffice since the forests of this mythical region has much to offer in terms of adventure. The Bailey’s Walk, Craig’s Path, Palanpur path or Sher Gaon path have been experienced by the lovers of nature to proceed towards Mount Abu. However, to add to the list, here is another trail that seemed to have been in use some centuries ago but has been abandoned by the feet of men since then. 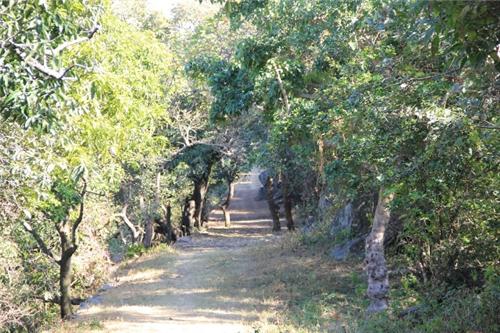 Truly such a virgin trail exists within the bucolic settings of the hill station in Rajasthan. It can be undoubtedly termed as the virgin trail to Mount Abu since it actually renders the goose bump-arousing feeling of exploring the unknown. The Tiger path, as it is fondly been named, is almost a true version of the pictures in Tarzan comics. What is actually exciting and rewarding at the same time is the Tarzan Hut on a mango tree that exists at the end of the trail. Furthermore, it was once the road to one of the ancient temples on earth dating back to about 7,000 years. The fact establishes ancientness of the road that Mount Abu possesses till date. Though a number of historical advances have taken place on this trail but today the thick over growth of forest forbid entrée through this road.

A little mythological association of this place and the virgin trail will definitely make reading worthwhile. So, as the story goes Mount Abu was actually known as the hills of Arbuda, the mythological serpent. Distressed and upset with Sage Vishwamitra, Rishi Vashishtha had settled in the forests of the serpent Arbud. His wish-fulfilling cow Kamdhenu was rescued by the serpent when it fell in a deep ravine in the forest. It is also believed that these sacred hills of Arbud had been the abode of Gods. A huge Yagna, as the legend goes, was performed by the sage that gave birth to four sects of people. The Rajputs are said to have descended from fire at this Yagna. Thus, a civilization initiated from the settlement of Sage Vashishtha and became the cradle of the denizens who exist today. It is said that the tiger path was laid during this time to provide access to the abode of the sage. 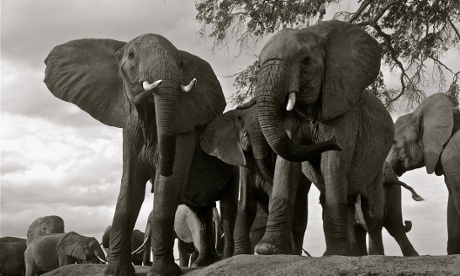 Hence, with religious insinuation associated with this place, many temples were established by Hindus and Jains in this area. The Tiger path was used to reach Rishikesh temple, one of the tourist attractions at Mount Abu and the most ancient temple in the region. During the Vedic times 10 such narrow mountain paths were present that lead one to the hills of Arbud. The Old Cart Road which is another name for the Tiger path was known for its service to history since the marble, which created the thousand year old Dilwara temple, was brought on elephant and bullock carts along this road. It can be thus assumed that the Tiger path was still in vogue. However, the narrations which followed this historical creation do not give much evidence about the use of tiger path.

Accounts of Prithvi Raj Chauhan treading this path to consummate his marriage, invasions of Allauddin Khilji and Muhammed Ghaznavi were some other important historical incidents to be associated with the Old Cart Road. The new road along the eastern slope of Mount Abu is much in use today, but the mythical and legendary trail still exists in nature’s lap.